We started on Black Holes this week and had a midterm exam. It went well but studying for it took a lot of time.

To test the HLLD solver I have been running it on it’s own (without any interface reconstruction) by feeding it the interface states and a position divided by time value. This should trace out all the characteristics except the slow magnetosonic wave since the HLLD solver doesn’t include it. However, unlike a full simulation no rarefaction fans or other gradual features will be resolved, they will just look like discontinuities. Below you can see the results of running the current version of my code compared to the fiducial plots from Miyoshi & Kusano 2005. The little spike near the center and the wave near 0.1 are slow magnetosonic waves so we don’t expect to resolve them until I’m running a full simulation. As you can see the waves appear to be in the right spots but there are clearly bugs that are preventing the HLLD solver from getting the correct values in each state. Finding and fixing those is my next goal. 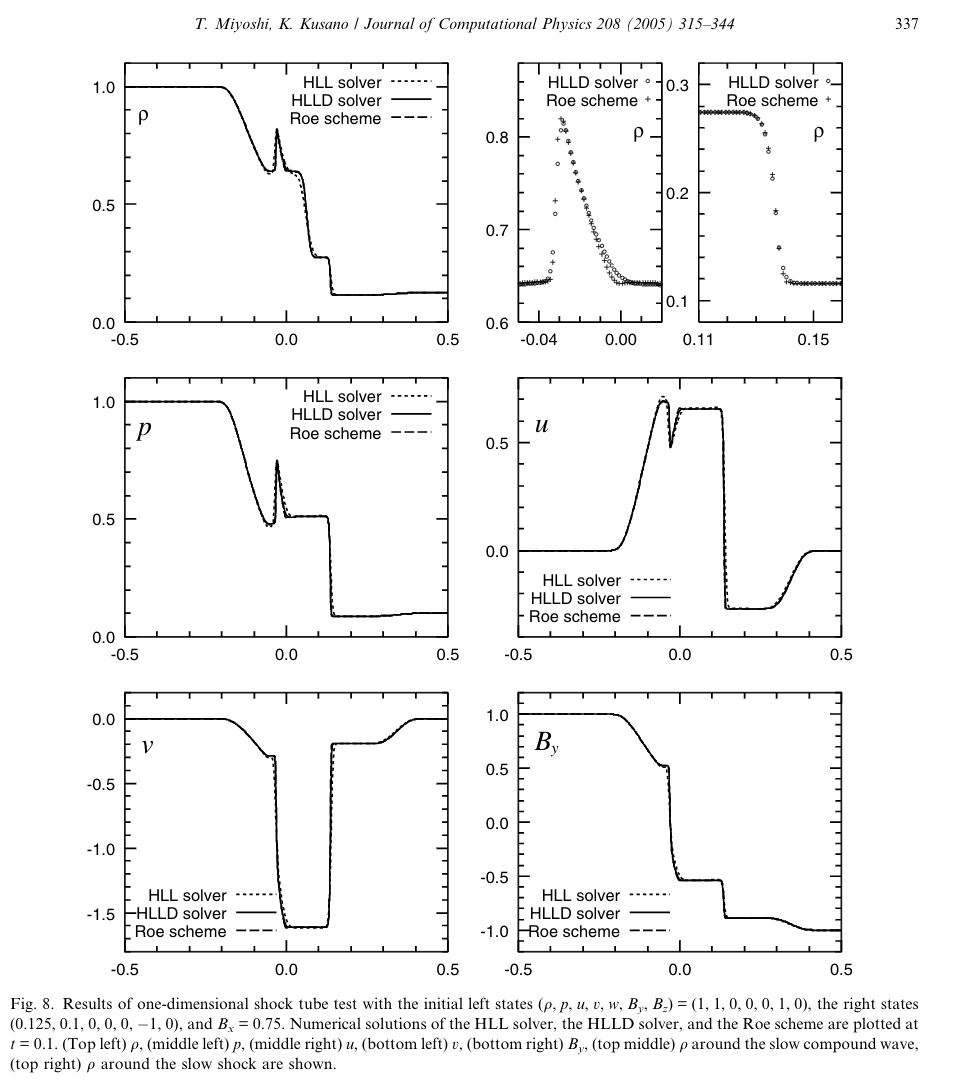 The fiducial version of the shock tube from Miyoshi & Kusano 2005

General Relativity (GR) We had an exam Monday and started into GR on Wednesday. Pretty uneventful. Intel Workshop On Tuesday I went to the Intel Dev Tools workshop hosted at the Pitt CRC. It had a...

General Relativity (GR) Nothing too exciting. Starting hard into curved spacetime. Dotfiles Presentation On Wednesday I gave a presentation on how I organize dotfiles to the computational astrophy...

General Relativity (GR) Discussed the Alcubierre metric/warp drive and more digging into curved spacetime. HLLD Solver Building on the work from last week I finished up the prep work for the HLLD ...