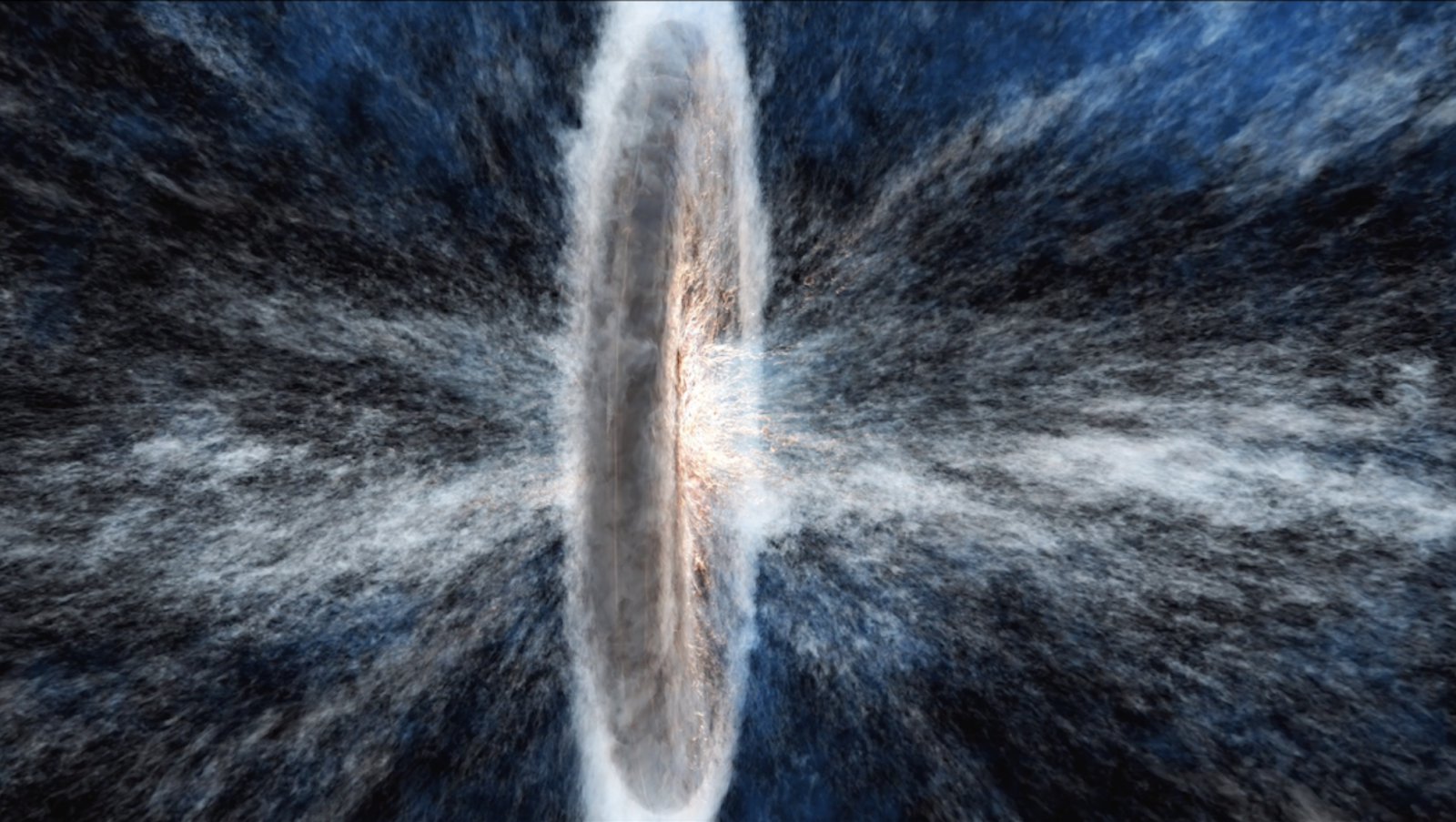 I am working with Professor Evan Schneider to further develop Cholla a code for simulating astrophysical hydrodynamics. Cholla is a 3D hydrodynamics code that uses GPUs in parallel to greatly accelerate solving the equations of hydrodynamics. I am working on adding magnetohydrodynamics (MHD) to Cholla to allow us to simulate the affects of electromagnetic fields on galactic winds. This will lay the groundwork for adding cosmic rays to the model in the future.

My masters research was to conclusively classify and determine the characteristics of V1835 Aql, a symbiotic star (SySt). The reason that SySt’s are so important is that they are a hypothesized progenitor of Type Ia supernovae. SySt consist of a red giant and a compact object, typically a white dwarf star, orbiting each at distances greater than 1au. Often the compact object is rapidly accreting material from its companion and this accretion could lead to the white dwarf exceeding the Chandrasekhar limit and becoming a Type Ia supernova. In addition to studying SySt’s in general, I took over the responsibility of making observations of this object via the PROMPT robotic telescopes located in Chile. With this data we found the orbital period of the binary to be 419±4 days and that its variability is due to a combination of tidal deformation and polychromatism, i.e. surface heating by of the red giant by its compact companion star.

I worked with Professor David Nolte at Purdue University. His group is developing a technique called Biodynamic Imaging (BDI) to create holograms of tissue that differentiate between living and dead cells. This process can be used to determine, within a few hours, if specific chemotherapy drugs will work for a patient by testing different combinations on tumor biopsies instead of waiting for weeks or months to see if the drugs given to the patient are effective against a patient’s tumor. My primary responsibilities were to build and test an experimental 2-channel BDI system which has the potential to provide significantly increased spatial and temporal resolution over the current BDI system. I was also responsible for developing an entirely new workflow for analyzing the group’s experimental data. Before my arrival, their ~100TB of experimental data was stored on numerous expensive and unreliable USB drives and each experiment was analyzed with slow single threaded Matlab program on an underpowered desktop computer, a process which took 4-5 hours to complete. I designed and implemented a new method of processing their data so now when a BDI experiment is run, the raw data is automatically uploaded to Purdue’s networked storage. A few commands run a script that analyzes the raw data on one of Purdue’s supercomputers, then the data is automatically uploaded to archival storage and a copy is sent to a local machine for easy access. Working in Dr. Nolte’s lab gave me the expertise to apply high-performance computational techniques to solving problems in physics that I have used extensively in my later research.